Traveling by yourself and don’t have the latest gadgets? Here are five low-tech ways to enjoy a ride in a new place!

“All by yourself?” is usually the first question you’ll hear if you announce you’re planning a trip with only your bike as a partner. The second is going to be “Who are you going to ride with?” Even more questions will come quickly, even if your answer to that last one involves your dog. “What kind of GPS do you have?”

These days I don’t get as many funny looks when I show up at trailheads with an out-of-state license plate. It’s fun pulling out a current permit for the parking situation, unload, walk around like I own the place and get on my way. Some of those trails I do know my way around because I’ve been riding there for years, sometimes I go someplace new for the pure fun of feeling like a newbie. Getting used to the feeling of not knowing what to expect and relying on yourself over hi-tech devices that could run out of battery makes you better at, well, not knowing what to expect and being self reliant!

Aside from the classic advice of telling someone where you are and when you’ll check in with them again, here are some other ways to enjoy riding in a new place by yourself! 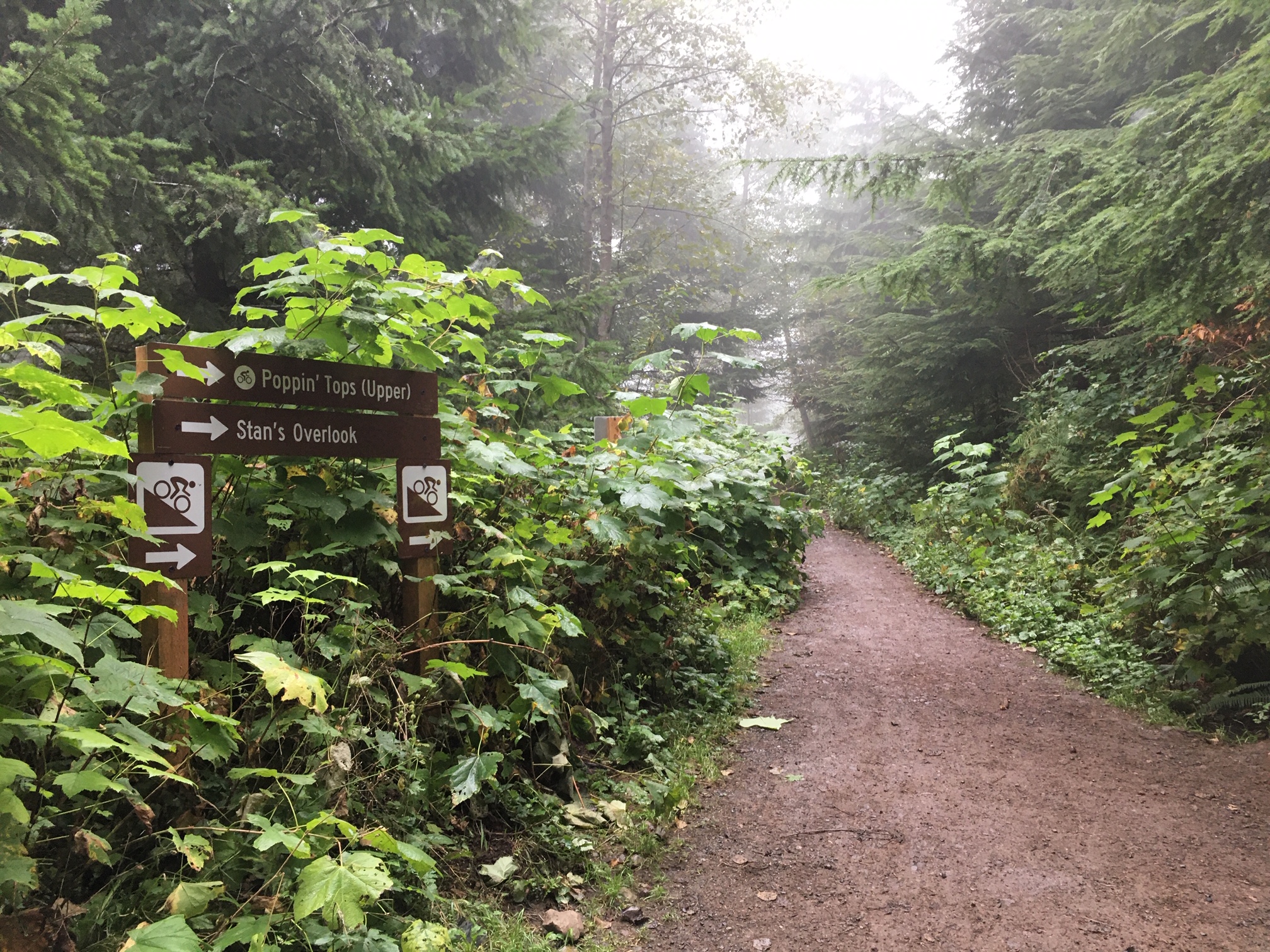 Before you leave home, scope out the trails as best as you can. And be prepared to still be surprised. I’ll research the system on Trailforks and other apps, the local trail groups on Facebook and websites, and whatever else I can find. I’ll study and print out maps because my mostly good sense of direction gets scrambled with apps when they don’t point north consistently. And I’ll figure out in general where to park and what the weather might be.

Once in a while I’ll just research where to park and figure out the rest once I get there. Recently I rode around the parking lot at a new-to- me trail system a couple of times, and even up the road without seeing where the trails started! After finally asking a local, I discovered the mixed-use trail that lead around the outhouse building. 50 yards up that trail, at a gravel road, was the kiosk and trail maps! Who knew! Just as delighted as if I had discovered a waterfall no one had ever seen before, I took a picture of that map and headed out for real.

Watching videos of people riding those trails can tell you what color the dirt is, and that might be about it. Unless you know the rider well and how they ride, it’s really difficult to gauge speeds that would be appropriate for you as well as the trail’s steepness, the dirt feel and more. Have you ever looked back at the photos you took of that really gnarly, steep section and have it not look that dramatic? Or vice versa? My personal pet peeve is how the cameras in those videos don’t move like my eyes do or they’re not pointed where I want to be looking.

It’s might be more worthwhile to watch race videos even if there is no way you’re going to be moving that fast. They’re taken from many different perspectives than someone’s chest-view. And, it’s entertaining to see where the crowds are because you know that’s probably near the end of the trail and that will be a particularly interesting section! 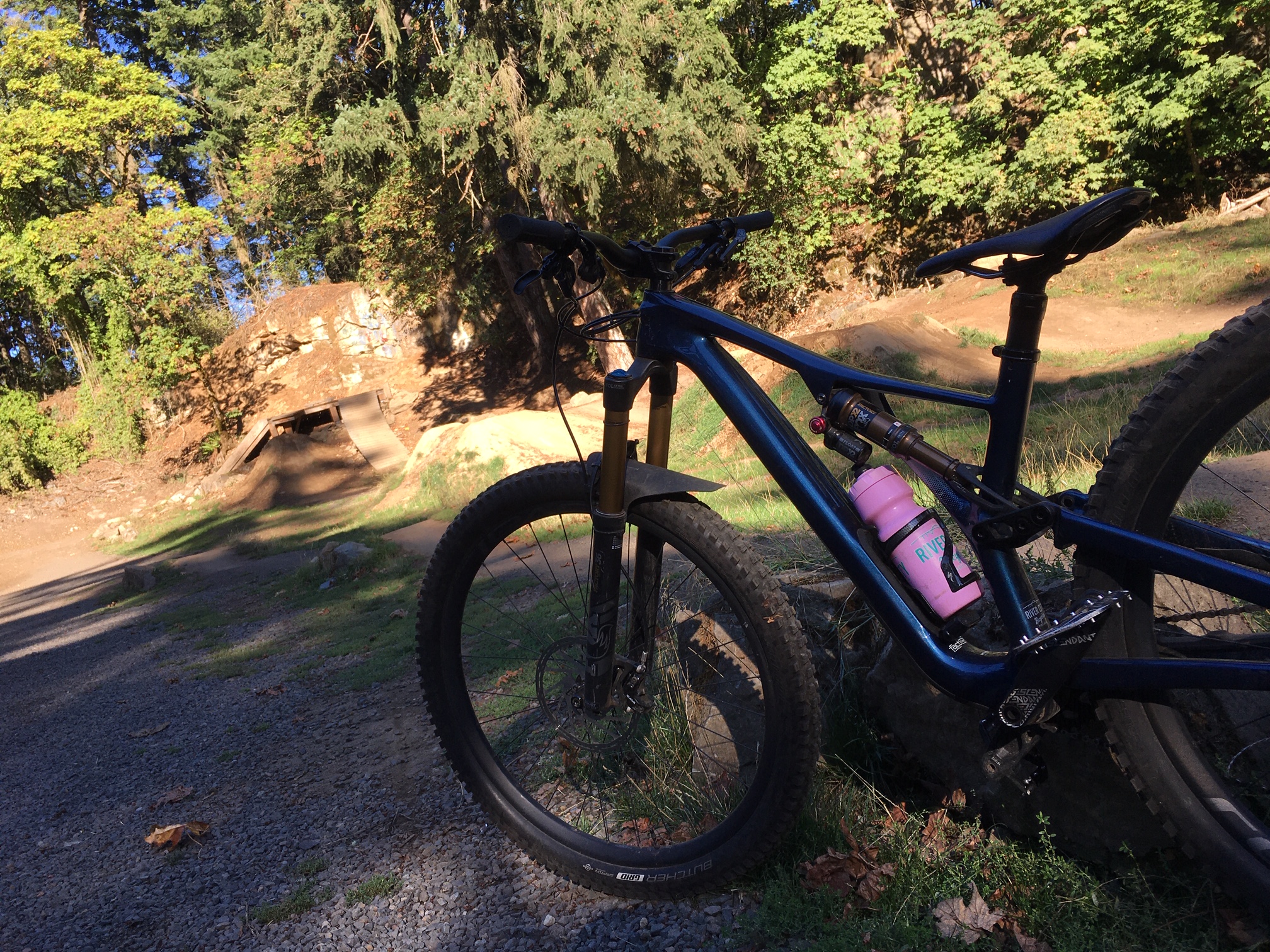 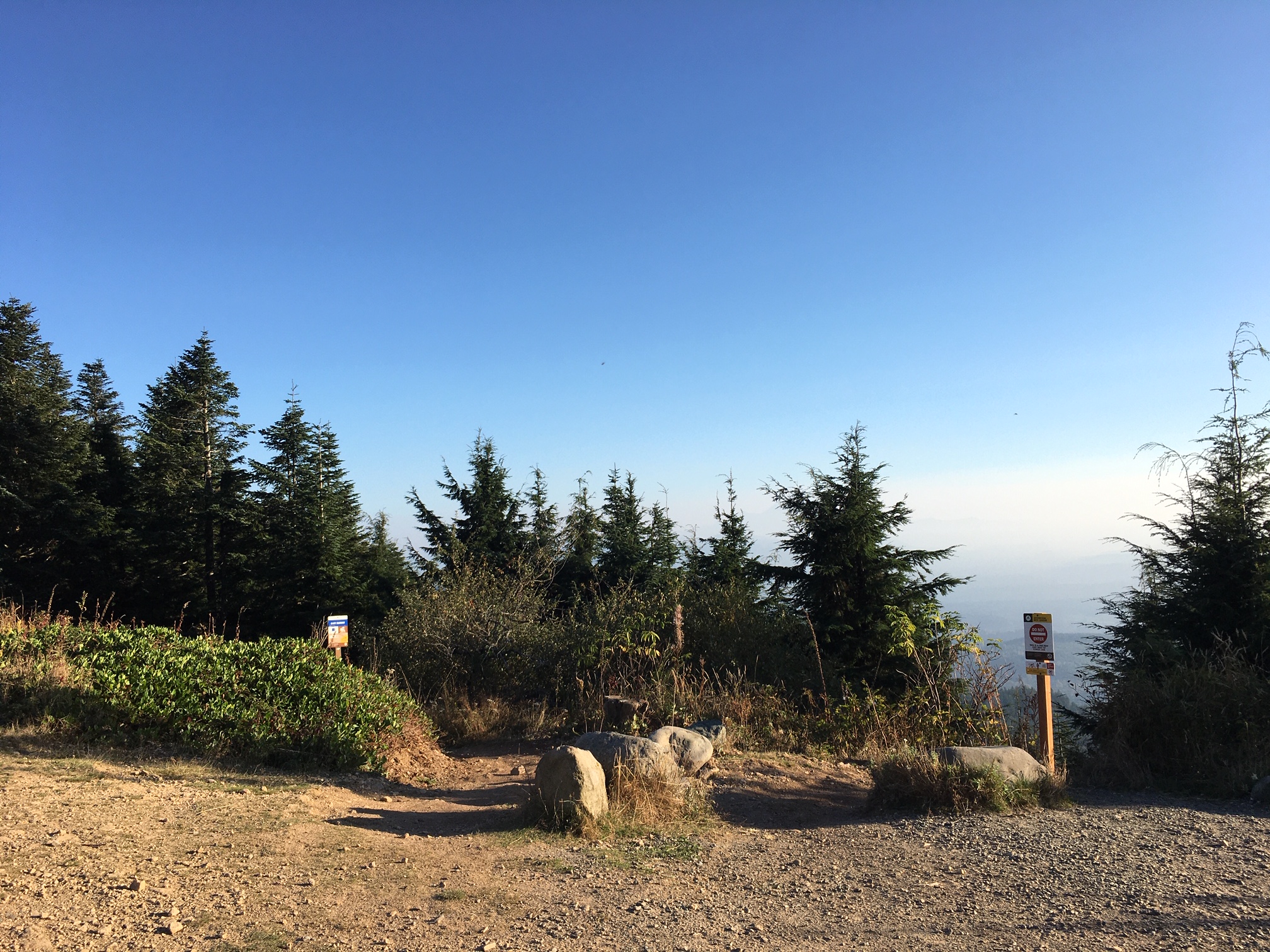 Once we get through this Covid thing, sign up for a race or riding event even if you’re not in shape! The courses will be marked, there will be plenty of people around if something goes wrong, you’ll line up with lots of potential riding buddies that ride your pace, and there is probably food available at the end! Plus it’s a great way to support the local businesses and biking culture. Or, if you really, really aren’t interested in racing, sign up as a volunteer on race day and ride the course on the preview day. You’ll still meet new friends and give back to the community.

Go slow and explore a small section of the trail system… twice! It’s so fun riding “blind” or for the first time though for me that pace is probably going to be glacially slow. Sometimes I intentionally make plans to ride alone once so I can truly go my own pace. And I like to check out everything carefully, walk stuff, roll my bike down features, turn around and look uphill, watch other riders, pick up the dirt and feel it with my bare hands. I take pictures of the signs and the best features. When I go back up it goes much faster and I make plans to check out the rest of the system another day!

Hire a ride guide or shuttle to hit the well-known trails in an area, and explore a more smaller trail system on your own the next day when you’re tired. You’ll get a great overview of the area, and most guides enjoy talking about the local terrain and their adventures. They probably won’t share all their secrets, and that’s OK! There’s something exciting about being adventurous and finding hidden gems on your own. Like the never-before seen kiosk sign!